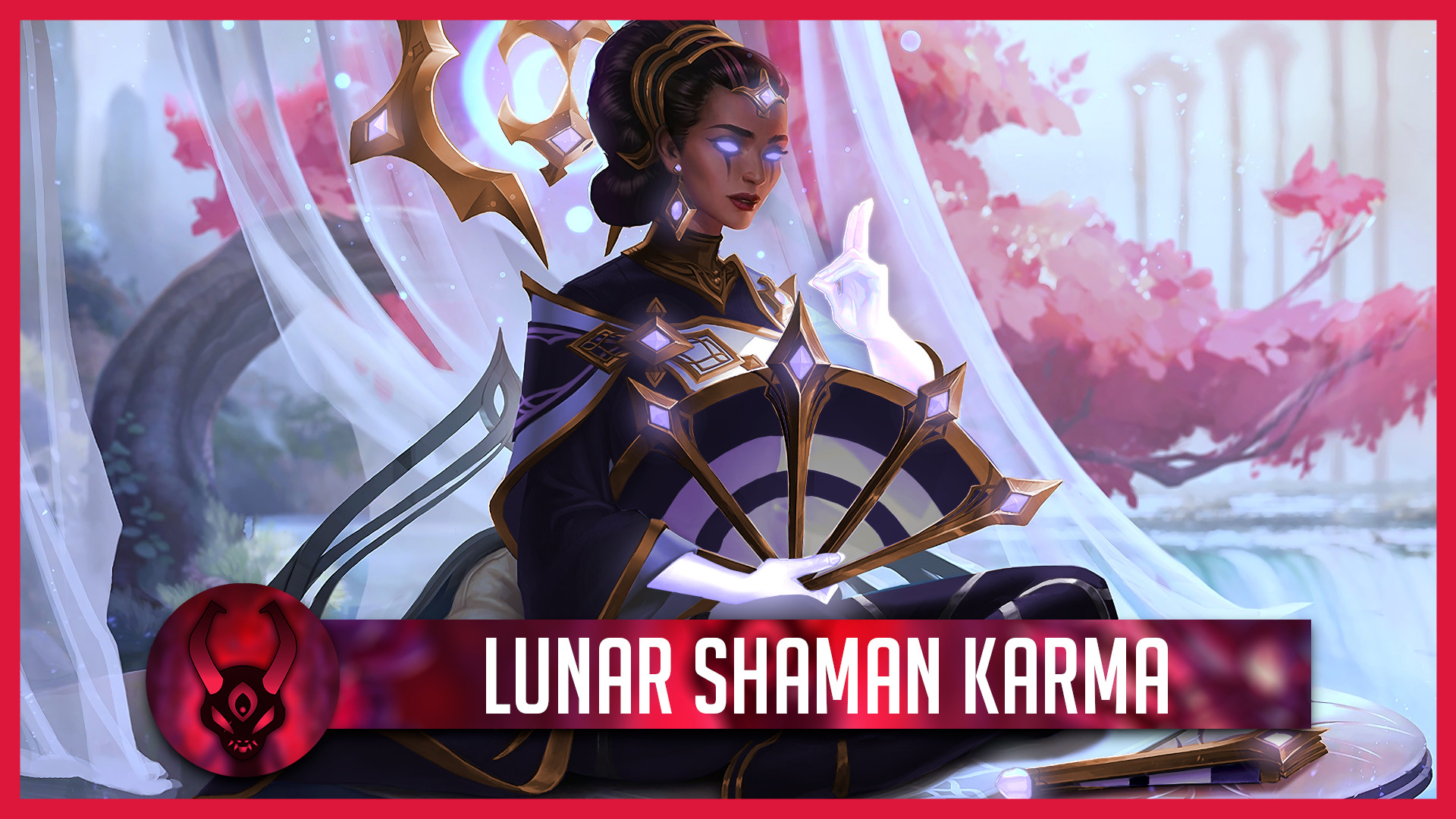 Back in March of 2013, Riot was going to release a skin called “Jade Empress Karma” themed around the lunar revel. Instead, they opted to release Order of the Lotus Karma (along with her VGU), and scrapped the lunar theme. If you check inside of Karma’s bins, you’ll still see emitters with the name “Lunar” strewn about, despite not being fully programmed particles. There are also videos on YouTube of the unfinished particles they were testing for Jade Empress Karma before they scrapped it. While I doubt we’ll ever see the lunar revel theme manifest in any future skins released for Karma, I felt inspired to try making my own version of the color scheme/artwork/particles I would’ve liked to see for a lunar revel oriented skin. I chose to make only minor edits to the particles, as Karma’s recent VFX update brought a beautiful color scheme to Traditional Karma that I didn’t think needed much changing. Unfortunately I lack 3D modeling skills, and thus couldn’t make my own model for Karma, so I chose Traditional Karma to base the edits on, as it’s the closest skin to the vibe I would have gone for. This is also the first skin I’ve ever made major splash art/HUD changes to before. Hope you enjoy!

No, I can’t bring the fans from current Traditional Karma and put them on the cape form, because it requires UV editing, something I’m unfamiliar with.

IMPORTANT: Make sure to read the additional installation instructions of this mod in order to install it properly.

IMPORTANT: This skin only works if you own Traditional Karma and select it in champion select.

This tutorial works for ALL types of mods you can find on this website.

Exception: The mod has “Additional installation instructions” on the post! Then you might have to do additional steps.

Safety of mods – can you get banned?

Now, you might be concerned about the safety of using mods and custom skins in a competitive online-game.

That’s why we compiled all information we have in this post:

Can you get banned for mods and custom skins?

All mods currently on this page should work for every patch, unless the mod status states otherwise.
HOWEVER: We still recommend you try every mod in a custom game first before going into PVP.
If you are sure the mod itself has issues, even though you installed it correctly, please let us know in our Discord!

Make sure to check out our FAQ and Error fixes to solve any issues you might have.
If your problem still persists, join our Discord and ask in the #help channel.

Mod status and what does it mean

Updated: The mod is fully working for the latest League of Legends patch.

Bugged: The mod works ingame but has some minor bugs.

Outdated: The mod does not work for the latest League of Legends patch.