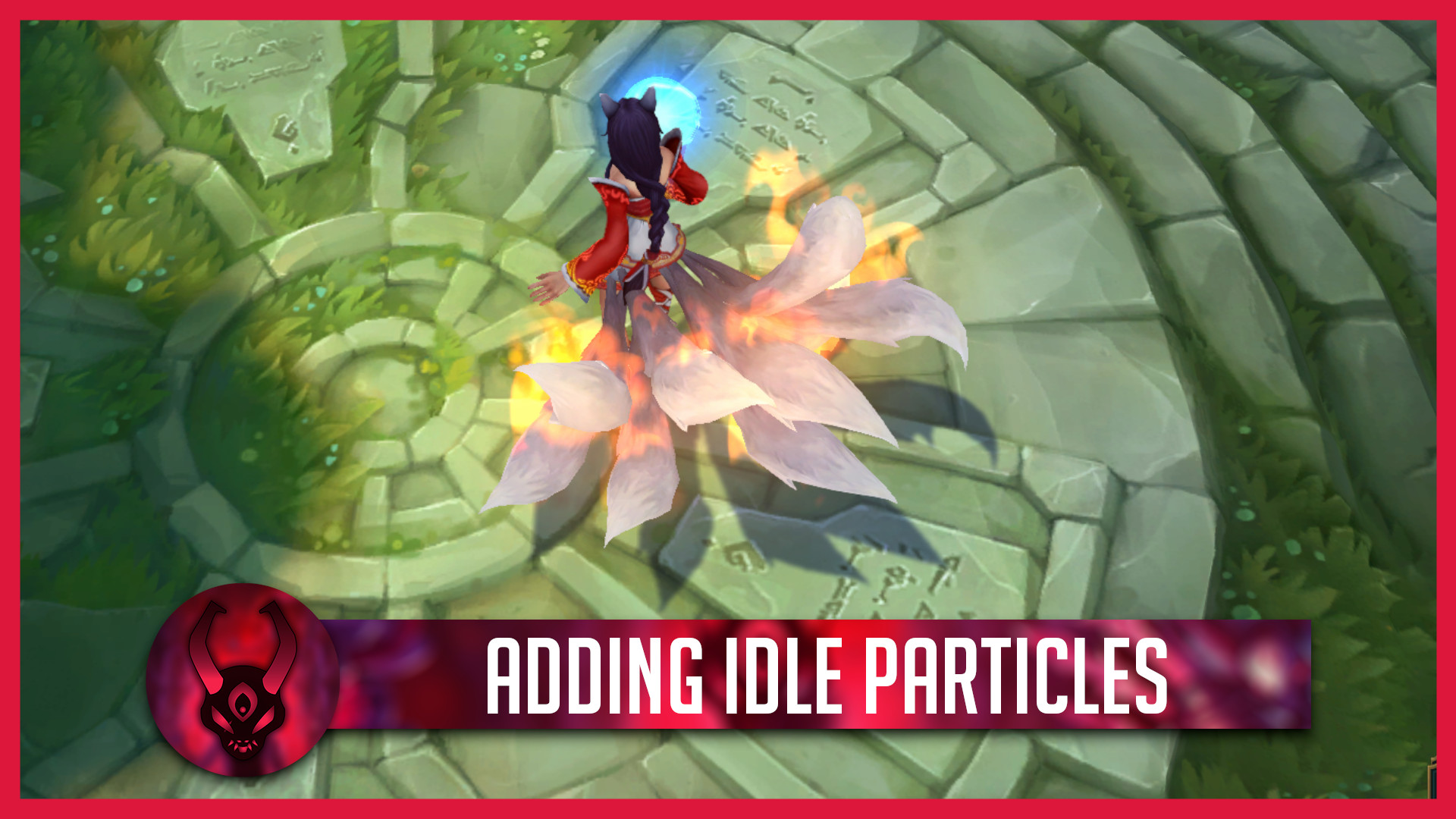 This tutorial will show you how to properly add idle particles from other skins/champions to your skin.

If you encounter any issues with this tutorial or you don’t understand part of it, you can ask for help on the Killerskins-Discord server
or you can contact me directly: Crocosmia#2871

Extract the necessary (Champion Name).wad.client files to the desktop using Obsidian. Then, navigate through the extracted files, and find the skin “.bins” for the two skins you plan on working with. Drag both of these “.bins” to ritobin_cli.exe, which transforms them into “.py” files, which (unlike .bins) can be read by an editor. Open them.

Now that both “.bins” are transformed and opened, locate the following config within the “.bin” you’re taking idle particles from, and copy it to the “.bin” you’re editing into the exact same places it came from, based on the “.bin” you’re taking particles from: the “bone structure” config (which tells the game 𝘸𝘩𝘦𝘳𝘦 the particles go), the “container” for the idle particles (which tells the game 𝘩𝘰𝘸 to create them), and the “reference” (which is the title of the aforementioned container, and is usually located at the bottom of the “.bin” in a long list). After copying these three sets of config over, save and exit the “.py” version of the edited “.bin”, since it now has all the config it needs to render the idle particles. Then, take the edited “.py” file and drag it back over to ritobin_cli.exe, which will reconvert it so that it will be read properly.

Help! The Idle Particles I want to port are from another champion, not another skin!

Follow the exact same process, and it should give the same result.